Invented Paintings, Paintings of the Mind By Ricardo Resende 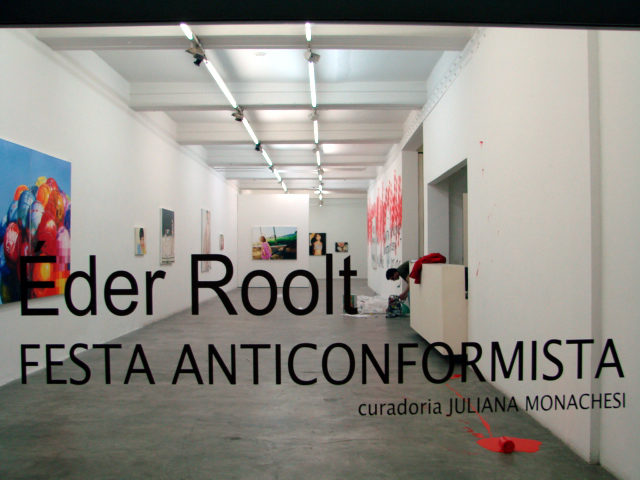 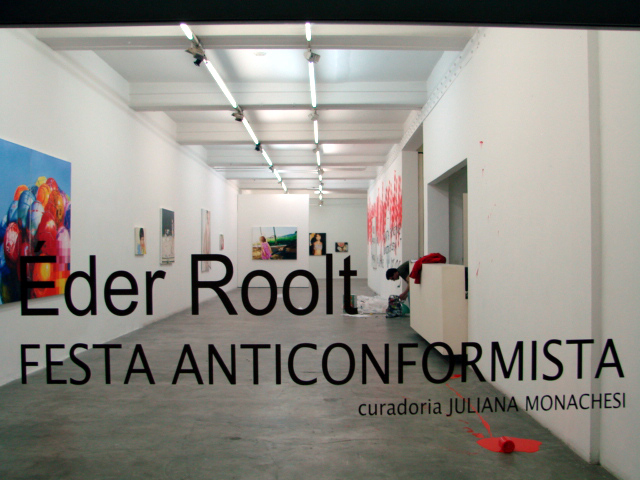 Ambiguity is the name of the game here. The artist Éder Roolt carries in the inks to put in check cultural notions of real and realism, of reproduction and identity, of pattern and deviation. Drinking at the source of hyper-realism, of which he at the same time is deeply suspicious, Roolt creates a language proper to figurative painting – which then distorts and intends according to the need of the subject matter or the iconography chosen.

From the snapshots of an innocently shameless childhood to an adulteration of candor, through the unconscious evidence-the toy, the indirect memory of the photograph, the symbol of the end of the party-the artist’s paintings opened the biggest losses in the real world. Childhood, in Roolt’s work, is not a localized theme, but rather a metaphorical resource for portraying contemporary subjectivity in the age of general and indiscriminate infantilization of maturity, as well as its reverse, the precocity and burning of psychological and cultural stages in the children’s universe.

In addition, childhood works in his paintings as a recognizable pretext to evidence the transit between documented fictions and obliterated documents in the contemporary cultural imaginary, thus proposing answers to questions such as What is the relevance and relevance of hyperrealistic painting at times of dissemination of means of recording and reproducing photography and video? Does it make sense to oppose painting to photography these days?

São Paulo’s painting lives a boom that has not been seen since the 1980s. However, as 30 years ago, faced with the overwhelming amount of works produced by painters, the challenge of differentiating the good from the medium is immense, and it is even more difficult to distinguish the good of the great. Which of these painters that emerged in the late 2000s will remain? Which artists of the 2010 generation are able to continue producing relevant work in ten or 20 years?

Éder RoolT’s exhibition helps to separate the wheat from the tares in the context of the painting of his time. Because of the contrast they offer in relation to a good part of the current production, their canvases show how complacent and appeasing the painting practiced in São Paulo’s ateliers is today (because it does not compromise with anything, is afraid to make choices or defend whatever and is emptied by banality). His painting, on the contrary, is critical. His speech is sophisticated. His technique, impeccable. And he is in good company: Marilyn Minter, Montean & Rosenblum, Eric Fischl, Rudolf Stingel and Dan Colen are some of the artists with whom his work dialogues.

These are artists who have left in the past the clash between figuration and photography, as well as between realism and romanticism, and thus conferred another reason for photographic base painting. A type of painting, by the way, which requires another designation. “Hyperrealism”, of course, no longer describes it. It is necessary, before the screens presented in the Anti-Conformist Party, to ask what type or what layer of reality is in question, or even what their subject, why they are presented in this and not in another sequence, and why they are gathered under this title .

For the exhibition “Anti-Conformist Party” by Éder Roolt.

Juliana Monachesi is assistant editor of the seLecT magazine (www.select.art.br). Journalist specializing in visual arts and a Master’s degree in Communication and Semiotics from the Pontifical Catholic University of São Paulo, where she defended the dissertation “Breaking the Pattern – New Paradigms for Art Criticism in the Context of Digital Culture”, under the guidance of Dr. Giselle Beiguelman. He worked for ten years as an art reporter and editor of the newspaper Folha de S.Paulo (1999-2010). He also collaborated regularly with Canal Contemporâneo and in cultural magazines (Bravo !, Cult, DasArtes, IstoÉ, Carta Capital). As an art critic, she has been working since the beginning of 2002 in the Paço das Artes Project Season, having integrated the critique group of the Centro Universitário Maria Antonia and the editorial staff of the magazine number; maintained monthly column of art criticism, between July of 2005 and April of 2007, in the magazine Bienart. She was assistant curator of Rumos Itaú Cultural Artes Visuais 2001/2003 project and held the “afotodissolvida” curatorships (2004), at Sesc Pompéia, “Subjective architectures” (2003), at Paço das Artes, “A casa aníírica” , in the contemporary art week of São João da Boa Vista [the photos in this profile are general views of the exhibition], and “Manifestos contemporâneos” (2003), in Sesc Vila Mariana, among others. He graduated from the Cásper Líbero School of Social Communication, where he completed the book “Untitled – Brazilian Art from the 80s to the 2000s” as a conclusion course. He directed from 2007 to 2009 the space of experimentation – EdEn.